Android : Why Is It The Most Popular Smartphone OS ? 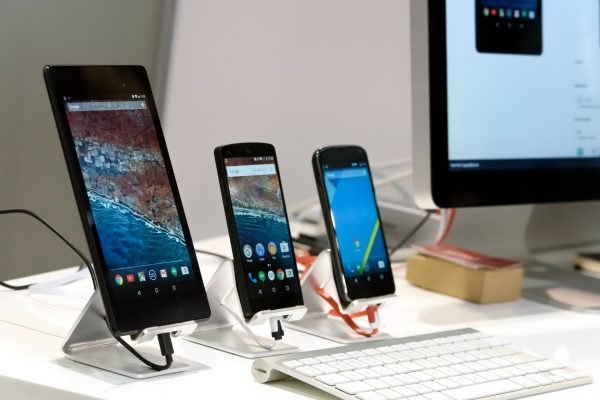 Android is the most popular operating system for smartphones in this world. In 2021, it can be found on more than 80% of total devices used in the entire world.

It is not just the most popular OS, it is also one of the most affordable and best operating systems available in the smartphone market.

Till 2010, Apple’s iOS used to dominate the smartphone world, but after that Android became more popular and it has maintained the top position till today.

Following are the main reasons behind the huge popularity of Android OS :-

1. Open source nature :- Google created android with the intention of taking it to maximum no. of people. That’s why they made it an open source software. This allowed different smartphones companies to understand its functioning.

Different companies also spent lot of time and money to customize it for their specific needs. Being an open source software, it became easy to find and fix any bug whenever it occurred.

Google directly communicated with many smartphone companies to develop it further and to use it as their OS. This played a key role in drawing everyone’s attention towards it. Due to this, gradually many companies dropped their old and outdated OS, and went for more exciting Android.

2. Affordable price :- Android has been developed in such a way that it can function well with affordable smartphones. Device specific requirements of this OS are very simple, which don’t require heavy investment of money.

Due to this, in low or medium income countries like India, China, Nigeria etc. Android  based smartphones are heavily used. Other major competitors of Android are either a lot more expensive, or they simply can’t beat the features provided by it.

3. Better compatibility :-   Android is so flexible that it can work with different types of smartphones, having different features and different price range. It does not limit the companies and users to a specific type of smartphone having strict guidelines to be followed.

It can be synced with devices of different brands also. One can sync it with a smartphone, a smartwatch, a home speaker etc. which are of different brands. This facility and such flexibility is not available with iOS and other operating systems.

Google itself is a huge brand, so, when it launched android everyone took it seriously. Huge amount of money was spent on it by google. Google also took help from its existing expert developers and some useful tools it already had for its already existing projects.

Google also provided some powerful apps like google map and You-tube for free. Availability of entire google play store which provide access to thousands of useful apps also became a big plus point for android.