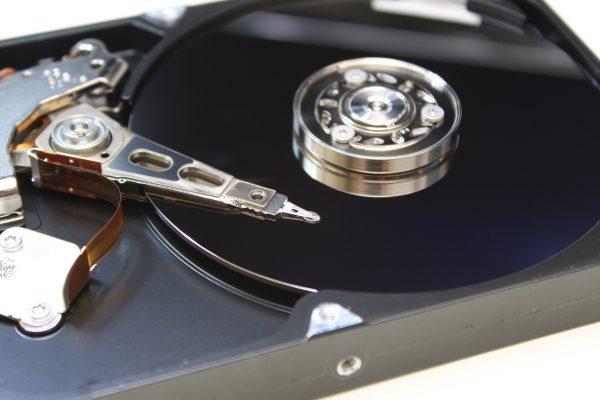 Storage device is an important feature in every desktop or laptop. In this article we will focus on permanent storage device of computers, which are generally called disk drives.

These drives provide space for storing information permanently, which is called disk space. Different types of disk drives are used to store this data. Quality of disk determines the amount of space available for storage and speed at which it can  be accessed.

This data remains safe even when a computer is switched off. This disk is present inside CPU and is connected to motherboard of the computer through data cables.

Following are the major types of storage devices which have been used in computers till now :-

1. Floppy disks – Use of floppy disks started in 1970s and almost ended in mainstream computers till the year 2000. Floppy disks were used as the main storage device of the computer.

Major advantage with them was that, they were affordable and very fast. But, they could not hold more than 200 MB data, due to which they got replaced by newer Hard disk drives ( HDD ).

2. Hard disk drives ( HDD ) –  These are the most popular disk drives of present time. These disks are non-volatile in nature, and data remain safe till the user deletes it. HDDs are very affordable and provide very high storage capacity.

Hard disks used in most laptops and computers have a storage capacity ranging from 250 GB to 4 TB.

3. Solid state drives ( SSD ) :- These are the latest form of storage device for a computer. There is no moving part in these drives, due to which they make less noise while functioning.

These drives work at a relatively faster pace than HDDs. They have a longer lifespan and don’t have any risk of disk getting damaged while functioning. They also consume very less battery power in comparison to HDD.

SSDs are more expensive than HDDs due to their high-tech nature. But, even after the additional costs, industry is gradually shifting towards SSD. In most commercial computers, SSD provide storage range from 128 GB to 1TB.

Following things can see a significant transformation in future, when it comes to storage devices :-

If we do basic calculation and estimate that price will continue to decline in same manner, we can guess that in 2030 or 2035, we will be able to buy more than 300 TB by paying $100. That’s just mind-blowing and fantastic.

2. Storage capacity – There was a time when hard drives could store less than 100mb of data. It was enough for the basic functions computers used to do those days.

But nowadays a normal personal computer has anywhere from 100 GB to 4 TB as storage capacity. It was simply unimaginable few decades earlier. In a similar way, 15-20 years later, computers are expected to have 100s of TB  in form of disk space.

This enormous level of storage space will be used to store very high-tech system files needing huge amount of data, ultra HD videos, for application based on virtual reality etc.

3. Speed – Buffering can become a thing of past with arrival of new age technology. Files and webpages will open not in seconds, but in milliseconds. Golden days are certainly ahead for those who hate slow internet speed.

So, like everything else technology used to store data on computer is likely to see a big transformation. This will make working on computer a lot better experience in future.