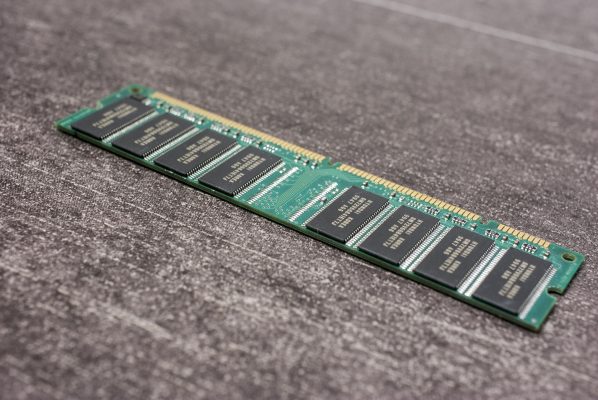 Random access memory is one of the most important features of a computer or laptop. It decides how smoothly and how fast we will be able to perform activities like web browsing, video streaming, gaming etc.

RAM stands for random access memory, it is the short term memory of a computer. When we do things like web browsing, video streaming, gaming etc. there is a fraction of data which computer has to access immediately.

This data is stored only on a temporary basis, and once we switch off our computer it gets deleted. RAM of a computer is the space in which this data is stored. Every device which perform some form of computation has RAM like laptop, smartphone, smart TV and some other devices.

RAM is super fast, as information stored in it is required very quickly, within seconds. It is ten to hundred  times faster than the hard disk, where information is stored for the long term.

Suppose, we are browsing internet and we have opened 6-7 web pages in different tabs at the same time, then it is RAM  which is functioning. If RAM of our laptop is limited and weak, then pages will take more time to load, despite the network being good.

Since the early days of computers, RAM has been there. But, their size, design and performance has evolved a lot over the period of last few decades. Presently, there are 3 major types of RAM available in the market, static RAM ( RAM), dynamic RAM ( D-RAM ), and synchronous dynamic RAM ( SD-RAM ).

Currently most common type of RAM is DDR-RAM. It is available in multiple variations like DDR2, DDR3, DDR4 and DDR5. DDR stands for double data rate and allows a user to transfer more than one file at any given time.

There are different levels of speed RAM can have ranging from 2000 MHz to 5000 MHz . Higher value of MHz leads to higher speed of RAM. But to support a more powerful RAM better quality of hardware is also important. Generally better RAM also need better processor and better quality of hard disk.

Following is some important and interesting information about RAM :-

1. For higher functions like video editing and gaming more RAM is needed. It can be done by upgrading from a 4gb system to 6 or 8gb system. But for higher RAM, better processor and hardware is also required.

2.  RAM of a computer can be improved by closing unnecessary applications or by running the PC on sleep mode.

4. Williams tube was the first practical type of Random access memory, it was developed in 1947. It stored data as electrically charged spots on the face of a cathode ray tube.

5. Magnetic core memory was first used in 1947 and it was used and developed till the decade of 1970. Relying on multiple forms of magnetized rings, it became the most popular form of RAM.

6. Since 2006, solid state drives ( SSD ) have become available. These drives are sometimes extremely fast. This has dramatically reduced the difference between speed of hard disk and RAM.

7. From 1986 to 2000, CPU speed improved at an annual rate of 55% while memory speed only improved at 10%. Due to these trends, it is expected that memory latency can become a serious hurdle in improving the computer performance